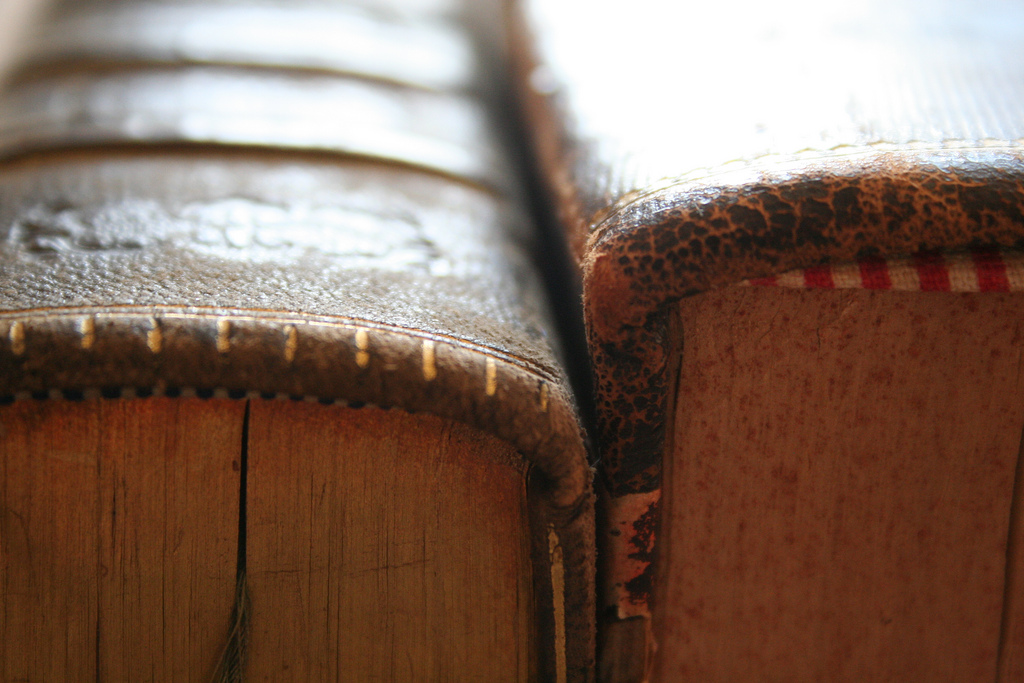 A variety of chalcedony found in all colors; used extensively in Scottish jewelry

Jeweled ornament in the shape of a feather or supporting a feather, worn in the hair or on a cap, popular in the middle of the eighteenth century and the early twentieth century

Alloy
A mixture of two or more metals

Aluminum
A silver white metal that is lightweight and malleable

Amazonite
An opaque form of feldspar

Art Nouveau
A period of design between the 1890’s and 1910; the jewelry is characterized by flowing lines, unusual interpretations of nature, the use of women with long flowing hair and the utilization of unusual materials

Baguette
Gemstone cut in the shape of a narrow rectangle

Bandeau
Head ornament in the form of a narrow band worn low, encircling the forehead

Berlin Iron
Cast iron jewelry worked into delicate openwork patterns, and made in Berlin during the first half of the nineteenth century

Bijouterie
Art of working in gold and enamel

Bog-oak
Fossilized oak from peat bogs in Ireland, popular during the Victorian Era

Borax
A flux used in soldering

Brass
An alloy of copper and zinc

Briolette
A teardrop shaped stone faceted with triangular or rectangular facets, sometimes pierced at the top, also known as ‘drop-cut’

Cabochon
Stone with a smooth carved surface, domed and unfaceted with a flat base

Cameos
A design cut in relief, usually into a hard stone or shell

Chalcedony
A quartz, greyish-blue in color

Champlevé
French term for ‘raised field’, Technique of enameling in which enamel is placed in stamped or cut recesses of a metal form

Channel setting
A row of stones of the same dimension, fitted into a metal channel

Chatelaine
A girdle or belt from which various implements are suspended

Collier
A wide necklace encircling the neck from throat to chin

Coral
The skeleton of small marine animals, found in colors ranging from white to pink to red

Creole earrings
A hoop earring broader at the bottom than at the top, popular in the 1850’s

Crown
Part of a cut gemstone above the girdle

Demi-parure
A small matching set of jewelry consisting usually of a brooch and earrings, or a necklace and bracelet, etc.

Dog collar
A wide collar of fabric, gemstones and or pearls worn high and tight on the neck

Electroplating
A method in which an electric current deposits a layer of metal on an object (i.e.: gold over a base metal)

Engraving
A technique in which metal is cut away with a tool known as a “graver” to form a design, done by either hand or machine

Etui
Small cylindrical case that hangs from a chatelaine

Fede ring
A ring with two hands clasped together first

Festoon
Design motif of a garland or string of flowers, leaves and ribbons

Filigree
Wire twisted into patterns, usually gold or silver, may be soldered to a sheet of metal or twisted to form an openwork pattern

Fob
A small charm, amulet or trinket that hangs on a watch chain or chatelaine

Foiling
A technique used to enhance the color of a gemstone, a thin sheet of metal is applied to the base of a stone which i

s in a closed setting

Garnet
A semi-precious stone found in many colors. The Bohemian type is blood red, the almandine variety ranges from deep red to deep purple, hessonite garnets are brown orange, and demantoid garnets are found in several shades of green

German silver
A misnomer for an alloy of copper, zinc and nickel

Gilding
A process of covering substances such as silver, base metal, wood with a thin layer of gold or an alloy

Gimmel ring
A ring formed of two or more linked hoops, which fit together in a manner that make them appear as one ring

Grain
Unit of weight; for diamonds and pearls a grain is 0.25 of a carat, 480 grains to the Troy ounce. A Troy grain is equal to an Avoirdupois grain.

Green gold
Gold which contains a high proportion of silver

Grey gold
Gold which contains a high proportion of iron

Grisaille
A form of enamel painted in monochromatic colors

Hallmarking
Marks stamped on gold, silver or platinum by assay offices after the metal has been tested and determined to contain the proper amount of precious metals required by law

Hematite
An opaque mineral of iron oxide, ranging in color from deep grey to black metallic

Inlay
Materials such as stones, gems, woods and metals are inserted and cemented into the surface of another material and ground down to create a smooth surface

Alaskan ivory is from the tusk of walrus or wholly mammoth.  Only Native Alaskans can carve and use fresh Ivory.  Otherwise all other legal Ivory is found fossilized usually from St. Lawrence Island, which is owned by the Natives.

Jet
Fossilized coal, often known as Whitby jet for the area of England where much of it came from or black jet

A craftsperson who cuts, facets, engraves and polishes gemstones

Locket
A jewel which opens on a hinge

Lost Wax Method
The method of casting metal that uses a rubber mold, which is filled with wax to form a pattern from which a plaster mold is made. The plaster is heated and the wax melts away or is “lost”

Marcasite
An iron ore material, pyrite, that is facetted into rose cuts and set into silver or pewter jewelry

Memento Mori
Jewel that is a reminder of death

Memorial jewel
Jewel that is made in memory of a loved one, often containing hair from that person and frequently decorated with enamel

Millefiori
Glass ornamentation made from canes of colored glass that are layered, and sliced to form patterns, flowers or mosaic effects

Millegrain
A decorating style creating a fine bead like effect around the edge of a metal collet; popular in the Edwardian and Belle Époque periods

Minaudière
The name for a woman’s small hard vanity case or handbag, usually metal or wood, which is held in the hand

Mizpah Ring
A broad gold ring engraved with the word MIZPAH, meaning “I will watch over thee”, popular during the Victorian period

Opal
A semi-precious stone with a rainbow-like iridescence which are categorized as three types: opalescent precious opals, yellow-red fire opals and the common opal

Orient
The characteristic sheen of fine natural and cultured pearls

Paillons
Small pieces of metallic foil which are placed underneath enamel work to provide a glow, popular with a number of Arts and Crafts movement jewelers

Palladium
A white precious metal belonging to the platinum group, it weighs a little more than half as much as platinum and sells for half the price

Pampilles
A cascade of pendant stones; popular in Georgian jewelry and meant to look like rain drops

Parure
A suite of matching jewelry usually four or more pieces, a necklace, bracelets, earrings and belt or brooch

Passamenterie
Jewelry inspired by furniture trimmings such as cording

Paste
A high content leaded glass which is faceted to imitate diamonds or backed with colored foils to imitate other gemstones. Also known as strass after Frederic Strass who invented this method in the 18th Century

Patina
Discoloration that forms on metals such as silver and bronze but often planned for in the artist’s design, can also be introduced artificially by use of chemicals

Pavilion
The lower part of a cut gemstone below the girdle

Pietra Dura
Mosaic of semi-precious stones set into a floral pattern of black marble or onyx, also known as a hardstone mosaic

Pinchbeck
A gold simulant, invented circa 1720 by Christopher Pinchbeck, which is comprised of a mixture of copper and zinc

Piqué
Tortoiseshell or horn which is inlaid with mother-of-pearl, silver or gold

Platinum
A non-corrosive silver white metal, which is heavy and has a high tensile strength

Plique à jour
An enameling technique in which the design is outlined in metal and filled with a transparent enamel, after firing the metal backing is removed creating a stained glass window effect. Popular with the Art Nouveau jewelers

Posy Ring
A ring engraved with a verse

Regard Ring
A ring set with colored stones, the first letters of which spell the word “regard”, ruby, emerald, garnet, amethyst, ruby, diamond. Popular in the second half of the 19th century signifying friendship.

Repoussé
A raised high relief design on the front of a metal object made by hammering, embossing or punching the reverse side of the metal to form the design from the back side out

Rhinestone
Rock crystal which is faceted into beads, originally from the Rhine River

Sautoir
An extremely long neck chain, which falls below the waistline and terminates with a tassel or pendant. Popular in the early 20th century

Sévigné
A bodice ornament set with gemstones in a bowknot shape

Shagreen
The skin of a ray or shark from the waters around China, usually stained green or another color

Shank
Hoop part of a ring

Slide
A jeweled fastener, which slides onto a chain or fabric ribbon

Stomacher
A very large bodice ornament, usually triangular, filling the area between the neckline and the waistline, also known as a corsage ornament

Strap Necklace
A mesh chain with pendants suspended by short, fine chain resembling a fringe; an Archaeological Revival style during the Victorian period

Swag
A motif used on a piece of jewelry of festoons of foliage, fruit and flowers

Terminal
The decorated ends of a necklace or bangle usually with stylized heads of a ram, lion, dragon, etc.

Tiara
A head ornament worn in the crown position

Torsade
Twisted strands of pearls ending in a clasp

Tutti Frutti
Jewelry set with multi colored gems carved in shapes of leaves, flowers and berries and often in a basket design