Alright, alright. So I was starting this month’s article on the birthstone of June when I came across a small problem. June doesn’t a birthstone… it has three. So, after much deliberation, I decided to host a Birthstone Battle Royale!! I will give you the information on all three birthstones but you will decide who the winner should be. As The Highlander says so often, there can be only one. So first, let me introduce to you the three competitors in this battle: Pearl, Alexandrite, and Moonstone. Wait… moonstone?! As in the rare, but somehow not, stone from Pokémon that you use to evolve Clefairy and the like?! If this is real, do Pokémon exist?! I’ll be back, everyone. I gotta go catch’em all.

So, after walking in on me packing up my desk so I can start my quest, Jason just informed me that Pokémon aren’t actually real and that this moonstone isn’t that moonstone. With hopes dashed, let’s get started on the Birthstone Battle Royale. 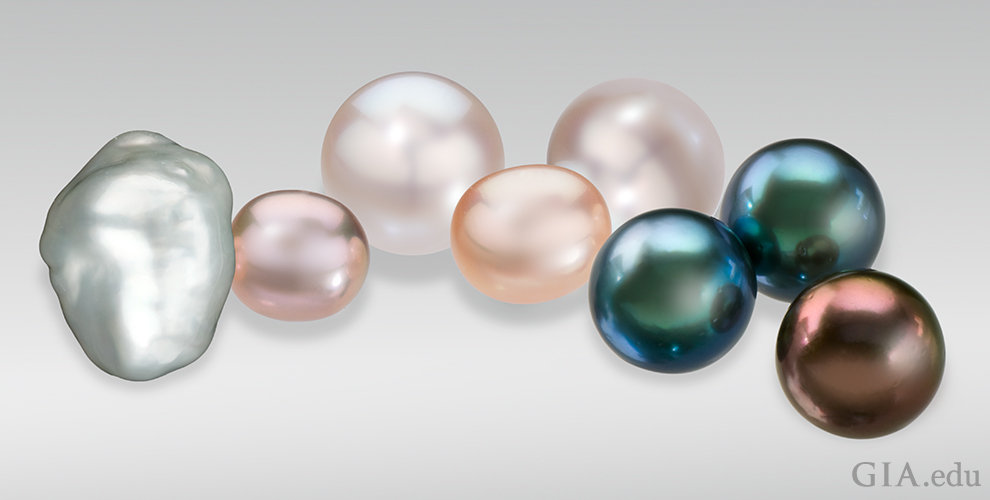 Pearl- The Innocent One

First up, we have the Pearl. As seen on every underwater cartoon scene, the Pearl of gemstone quality is actually made by two species of bivalve mollusk (read: clam). When an irritant gets in the shell, the mollusk coats it in layer after layer of calcium carbonate. After this process goes on for awhile, a pearl is formed. Cultured pearls can be dyed a variety of colors and are significantly less expensive than their naturally occurring counterparts. Both types of pearl have that amazing, natural sheen.

Pearls have been a big part of human culture since Ancient Greece where they were thought of as the tears of the Gods. The Ancient Chinese believed they were carried in the mouths of dragons and symbolized wisdom. Pearls were a hit in Tudor England where the aristocracy wore them all the time (both as jewelry and attached to clothing). Most recently, pearls have been readily affordable due to the Chinese being able to culture them (effectively, a pearl farm). Pearls have also been associated with purity and innocence for centuries.

First and foremost, pearls are soft. Very soft. At only 2.5-4.5 on the Mohs hardness scale, pearls are sensitive to heat and acidity. You could dissolve a pearl in common vinegar. With that in mind, it is imperative that you keep this in a secure, cool place away from other gems when they’re not worn. Gently wipe them with a soft cloth after you’re done wearing them for the day. Avoid exposing them to anything with acid- vinegar, citrus, etc. For cleaning, a mild shampoo and a soft brush (think manicure brush). When cleaning, support the piece as you clean it or you could risk breaking the strand. Since they are so soft, even the water you use is important- distilled or mineral only. Note any scratches or other surface damage to your pearls when you clean them. When you bring them in for a professional cleaning here at Bishops, bring up any of these issues with us. 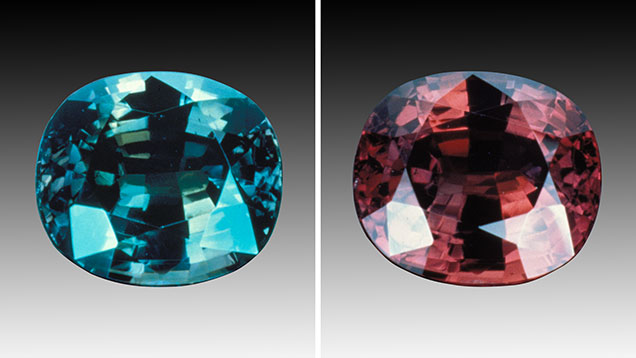 Next up, one of the youngest known gems on the planet. Alexandrite is an extremely rare gem due to its unusual chemical composition, and its rarity is noted in the price often associated with it. It is a chrysoberyl with chromium inclusions which results in the gem changing colors depending on the source of light (redish purple under incandescent light and bluish green under the sun). The Russian stones are the industry premium as stones from other mines pale in comparison to their counterparts. Given the extremely rare combination of elements, their lab counterparts are still a costly investment.

As noted above, this stone is relatively new on the scene. First discovered in the Russian Ural Mountains in 1834, Alexandrite is claimed to be discovered on the exact same day that Tsar Alexander II came of age (whom the stone is named after). Alexandrite can also be found in East Africa, Brazil, and Sri Lanka. It is also often associated with concentration and learning and helping people by aiding creativity and strengthening their intuition.

With an impressive 8.5 on the Mohs hardness scale, Alexandrite is a fairly resilient stone. As always, avoid harsh chemicals when wearing any type of jewelry. Cleaning the stones can be done with relative ease. Soak the piece in warm water with a mild soap or dishwashing detergent for ten to twenty minutes then scrub with a soft cloth or brush. Though it is resilient, it can be susceptible to scratches and sharp blows so it is imperative that you note any missing stones or damage to the stone or jewelry when cleaning. As always, discuss any damage to the piece when you bring the piece in for your monthly professional cleaning.

Finally, we have the impressive Moonstone. Named by the Roman historian, Pliny, it was said to change the various phases of the moon (it doesn’t). The “milky glow” associated with most Moonstones comes from the mineral adularia (named for the Swiss Mt. Adular that was an early mining site of Moonstone). The most prized Moonstones are traditionally clearish blue (extremely rare and expensive) but they can be found in oranges, browns, pinks, or greens, amongst many others.

Both Ancient Roman and Hindu mythology claim this stone comes from moonbeams. It was often used as a talisman by these cultures and, in the case of the Romans and Greeks, was associated with the Moon God(s). Often associated with magic and night’s sky, Moonstone is said to spark passion between lovers, safeguard travelers at night, create beneficial dreams, and evolve Pokémon treat insomnia. The Moonstone is the preferred June birthstone of Germany and Scandinavia. In 1970, Florida named the Moonstone as its official gem to commemorate the successful Apollo missions to the moon despite the fact that Moonstones are neither lunar in origin nor are they naturally occurring in Florida.

Alright folks, so these are your contenders for June’s Birthstone Battle Royale. Who will win? Let us know on Facebook who you think it should be.